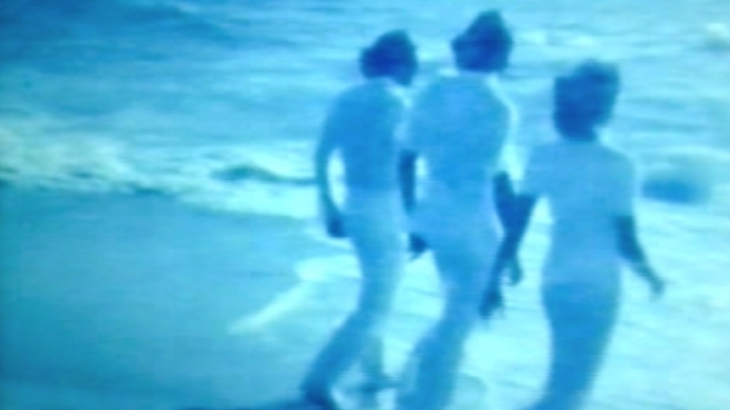 At the heart of an upper-middle class family resides a bizarre love triangle. Two men, one woman. A couple, and a stranger to the family. The stranger is hitchhiking by the road and a man invites him into his car. A hand on a thigh speaks volumes. She is waiting for them at home, a sumptuous villa. An essay on the various possibilities and rituals of recent freedom, Os Demónios da Liberdade is also a manifest of sexual freedom. But the demons are still around. The lover who breathes fresh air into this couple’s life is himself chased by the ghosts of morality and by a past still too present, duly identified by a swastika on his forehead. A very effective musical score, together with especially careful editing and a great cinematographic sensitivity in the set-up, shooting and time management, make this short film a singular object for its time. And, thirty years after its making, we can but think about some aspects and behaviours of our society today, where strong signs of lack of freedom still seem to prevail. JJoão Ferreira


João Paulo Ferreira was born in 1943. He began making films in 1975, with the “Cineground” group, which tried to make a first attempt at commercializing Super 8 films in small entertainment venues (bars and night clubs) in Portugal. Those were, in fact, the ideal places at the time for the divulgation of an underground cinematography and, in the case of João Paulo Ferreira, a queer one as well (as happened with his contemporary, Óscar Alves, to whom he was assistant director and editor in the four films shown last year at Queer Lisboa). He was also a member of the Independent Filmmakers Centre.